Home Converter & Cartotecnica Z Due against the crisis: pre-press solutions to cope with the rise...
Linkedin
Twitter
Facebook
WhatsApp

As we all know, for more than a year Italian companies (and in particular in the packaging and converting sector) have had to cope first with the decrease in the supply of raw materials, with consequent increases in the costs of paper and technologies, to which is added today the speculation due to the Ukrainian crisis which is causing energy costs to rise by 4-5 times the rates we were used to

By Marco Mingozzi – Z Due 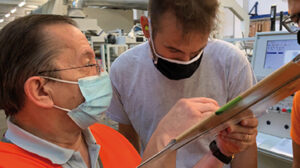 We do not know how long this situation will go on, but it is certainly a serious problem that afflicts the entire supply chain and that could hit other negative records in the coming months.
To help cope with the increases, Z Due proposes various solutions, certainly not decisive but which in some way help to safeguard a part of the supply chain marginality that would otherwise be irremediably lost.
As for printing on corrugated cardboard, Vortex system, whose qualitative results are no longer in question thanks to many awards won at national and international level, is able to intervene with innovative algorithms, also and above all for optimization of the production process, allowing anyone who uses the system to obtain economic benefits never before achieved by flexographic clichés.

The advantages of Vortex
A first easily tangible advantage is in saving the hourly costs of the machine, avoiding anilox changes that increase the hours of machine downtime, guaranteeing quality results even with generous ink flows. Vortex system, among other things, allows you to produce at a significantly higher speed, between 20 and 50% depending on the type of machine and the doctor blade system installed. Given an hourly cost of a flexo printing machine on corrugated cardboard which varies between 600 and 800 euros, it is possible to reason on the fact that the saving of even just 5-10 minutes every processing translates into an important figure at the end of the month.

Another aspect that should not be underestimated in terms of energy is the use of dryers in printing machines, in which each drying unit uses an average of 50kw/h. Of course, the use of the dryers is very variable depending on the substrate (generally coated), on the external temperatures, on the ink flow rate of anilox rolls and on production speed. 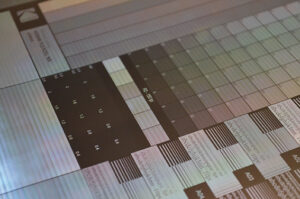 Thanks to various jobs that Z Due has carried out together with its partners, with Vortex system it has been possible in several cases to print with the dryers turned off even in not-summer period, without particular problems. This is possible thanks to the algorithm that allows a very high control of ink transfer, even with anilox rolls with average flow rates up to 8-9 grams per square meter. Thinking being able to reduce the energy consumption of dryers during a printing process on coated papers all year round is certainly a very important saving for a company.

The paper variable
Even before the Russian-Ukrainian war, the problem of the quality of the cardboard and the cost of the paper itself had emerged very clearly, with a general increase in the cost of packaging and the consequent impoverishment of the quality of papers on the market. Z due, together with an important partner in the corrugated cardboard supply chain, will receive this year an award for sustainability since it was possible to produce with a single Vortex plate designed for matt papers with 9 grams anilox cylinders, different chromatically complex references whether on matt cardboard or coated with low wave at 32 lines per cm, printed on recycled media (white test) with 115 grams cover. Of course, the print quality on these substrates was in line with the requirements of the end customer.

To summarize, Vortex allows you to raise the quality of printed matter on any printing machine, from the oldest with rubberized cylinder to the most modern ones with steel doctor blade, however it is also able to guarantee significant savings in the production chain and in the choice of “poorer” and recycled substrates on which to print works with colors or in any case with fine screening.

ProjectBlue and BlueEdge for the flexible market 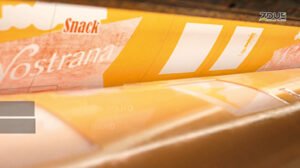 As far as printing on plastic substrates is concerned, Z Due has been offering ProjectBlue and BlueEdge systems for several years, both algorithms designed for low ink flow rates, the great advantage of this possibility translates into an increase in optical density with little ink (savings), the reduction of the number of colors in the machine (the printing of the images created by the graphic studio in CMYK will be reproducible exactly in CMYK without using Pantone colors) and the increase in speed in the run estimated at around 20% on average. All these values ​​were provided by printers after careful survey, which was followed by a real cost-benefit document.

One of the great news of this autumn will be the possibility for all converters who want to switch to Z Due’s ProjectBlue, BlueEdge and Vortex systems to obtain a certification, so as to be able to guarantee, through routine implementation of specific procedures, a standardization of process and real savings in reference to the cost-benefit document mentioned above.
In flexo prepress sector, Z Due has put in place various savings opportunities, which obviously do not claim to fully solve the problem of price increases, however they can easily help converters to increase margins in their production process without particular investments.
In the mare magnum of energy and raw material increases, even just being able to save a drop before the vase overflows is undoubtedly a goal (and an opportunity) that today can make a difference.