Shortly after the beginning of the interview with dr. Francesca Benedetti, a message from her production manager arrived on her mobile phone with the words: “printing test ok”. We had recently introduced the topic of the interview “why choose Sipack” and in that message the confirmation of what she was saying “we chose the company, the engineering skill of Walter Pacioni and the real made in italy” 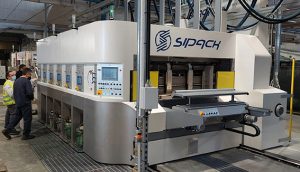 Sipack and Mauro Benedetti are both family companies, managed by people with a real passion for corrugated board. The day of the interview, Walter Pacioni, CEO of Sipack, was at Benedetti’s plant to verify the Factory Acceptance Test of the Sipack Royal VB DD Flexographic Printer, during this important event there were not only the testing technicians but also CEO of the company, the one who first drives the passion, and success for more than 25 years now.
Factory Acteptance Tests are a real challenge and the place around the machine becomes a haven of different colors, various types of cardboard and then… ready to rock and roll: the counting of the lines, the machine speed, the verification of how the letters are written, the logotypes, the images, the cliché, until… to the achievement the desired results and to the words “printing test ok!”.
Z Due, a company specialized in flexo cliché from Modena, and its technicians  were also there to support the verification of the machine performance test. 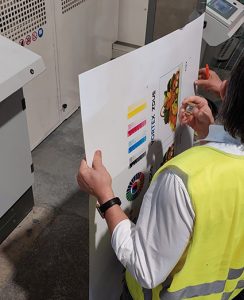 The history of Mauro Benedetti company is very ancient, the family has always been in the packaging sector, first as coopers, then with wooden packaging and thanks to Francesca’s father, Mauro Benedetti, during his study trip on cardboard in Israel, he introduced this type of packaging to the family business.
From that moment the production moved to Perugia, working mainly for a well-known company in the food sector, and only with corrugated cardboard packaging. Over the years, especially between the ‘70s and ‘80s, the expansion of production plants both in south and in north of Italy, to get closer to its customers, but with the death of his father in 2010, the company wanted to reshape the approach of business, returning to production concentrated on the primary site of Perugia, where they estimate to produce 90 million m2 of cardboard for this 2022.

“In the last two years we have never stopped the production” continues Francesca Benedetti, “food has been a growth sector, some non food companies have suffered a setback, but we have different type of customers and for this reason the plant was running all the time”. “We have a various range of products: american boxes, die-cut products and also fitments  and accessories in corrugated board”.
We are living through years of transformation, with radical changes: consumer behaviors have changed, the choice of healthy foods, attention to the environment, plastic free packaging, but also the creation of more comfortable home environments with energy saving, e-commerce and the development of family entertainment, a return to the essentials: a new lifestyle…
Many companies have undertaken new challenges, in Italy, thanks to economical and financing systems, companies have been facilitated to reinvest in their production sites, with new machinery and services. This has also happened to Mauro Benedetti; infact the company has chosen to make changes to its production with the purchase of high-performance machinery such as the Sipack’s flexographic printer. 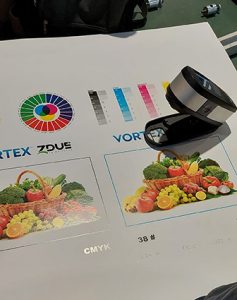 The Sipack Royal VB DD 12.21 flexographic printer installed at the Benedetti’s plant is composed by five printing units with vacuum transport from the feeder till to the exit of the sheet, with preparation for the installation of UV dryers on each printing unit, for istant color drying, provided with a transfer unit, but above all with direct drive servomotors on each axis, to ensure maximum accuracy and economy in consumption.
The Sipack Royal VB DD printer is a flexible machine, upgradable over time and suitable for optimizing changeover times; in fact, with this machine it is not required to change anilox rolls depending on the board used, an important aspect for the production: less downtime, less components to be replaced and less maintenance and labour.
The fully controlled inking system and the automatic wash up allows the highest print quality and the minimum waste of ink and water, in short, a machine that takes care not only to the quality of the finished product but also to the use of various board types. The printer is in line with a flatbed die-cutter and is part of Mauro Benedetti SpA’s corporate improvement strategy, along with other machinery recently purchased to respond to changing market demands.
“Business today means skillfully juggling between an increasingly changing demand but above all being good administrators, with the increase in the costs of raw materials, energy… the stabilition of the price requires few more months, I understand well the situation, because in the company I also supervise costs and purchasing, but I also think that the future is to drive green economy policies”, concludes Francesca Benedetti”.

BOBST Connect is ready to launch, giving users a full overview and control of their packaging production

The importance of storytelling in the sales process 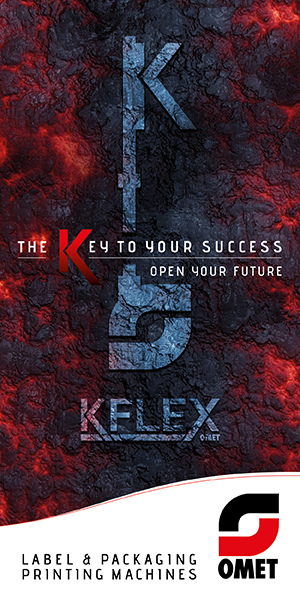