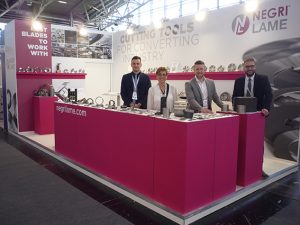 Negri Lame will participate for the second consecutive time at ICE Europe. The international fair will represent an important showcase for the Pavia-based company, which has been involved in recent years in innovation paths that have affected the internal resources of the company and the partners with whom it collaborates. The significant improvement of the processes has allowed Negri Lame to further raise the bar of product quality and to reduce the time needed to produce materials, becoming increasingly competitive on the Italian and international market.

The huge investments made in new technologies make Negri Lame a reality attentive to innovations but still closely linked to its history. The Munich fair will be an opportunity to celebrate the 60th anniversary of its foundation: Negri Lame is a company rich in tradition with an eye always looking to the future.