Three production companies, two boxes manufacturers and a corrugated cardboard production plant, an important growth both in terms of size, with new and modern production solutions for big size packaging  for the furniture industry, have convinced Megabox to review its management software, choosing solutions by RTS Sistemi Informativi

For an integrated reality such as Megabox, the main company, of Vallefoglia in the province of Pesaro-Urbino, with Ondulati del Savio located in Cesena and Inpack also in Marche province, deciding to adopt a software architecture capable of managing different realities and to connect them in a single platform was almost an obligatory step. The decision to rely on RTS Sistemi Informativi, in addition to its recognized leadership in the IT management sector in the corrugated cardboard sector, was also a natural consequence dictated by the fact that at Ondulati del Savio and Inpack have been used for years with satisfaction RTS solutions.

Megabox has been on the market for over 50 years, and has always been managed by Angeli family, with Ivano today holding the position of CEO. Over the years, thanks to a policy of both vertical and horizontal integration, the company has acquired the other two companies already mentioned. Now the group has a total of about 120 collaborators and over € 50 million in turnover globally, and it became more and more a point of reference for companies in the local area but also at national level, mainly for furniture. For this sector the group manufactures large format boxes and corrugated cardboard products; in all the companies that build the group have been carried out important technological investments, the last of which will see the start-up of the new corrugator at Ondulati del Savio by the end of the year.

The new RTS management software to support company growth
After the transfer, which took place in 2019, to the new headquarters of 12,000 square meters, where 30 employees work, and the installation of more modern and efficient production systems, which allowed to Megabox to go from a turnover of approximately € 12 million in 2018 to € 20 million in 2021, the time had come for Megabox to restructure also its management system.

“Our growth in recent years has been exponential”, says Gianni Alessandrini, historical figure of Megabox and the new general manager of the company since a few weeks, “once the headquarters were fixed and the machines in production were renewed, we needed to equip ourselves of a tool capable of supporting and managing this growth. We chose RTS Sistemi Informativi, a partner already known within our group. Thanks to their precious support, today, a few months after the installation of the package, we have already had positive results in the control and calculation of margins thanks to a precise quantification of production times and costs, which allow us to correctly plan the work both in production and delivering. Today we can say that the successful integration of the group companies has allowed us to speed up our processes, reduced any errors, also allowing us to be more precise in the budgeting phase”, says Alessandrini.

Modular solutions and customized procedures for maximum flexibility
The package of modules installed in Megabox represents a standard solution that is already quite complete, from management to scheduling of data processing and warehouse management. 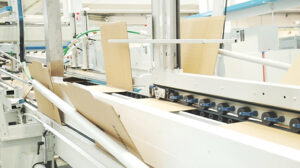 “For Megabox then we have foreseen a series of implementations that help a lot the exchange of data with the other companies of the group so as to make the most of communication, for example with Ondulati del Savio thanks to our WebOrd module which allows Megabox to know in real time the availability of raw materials, adjusting their planning accordingly, with data in real time and always updated. We have also provided for the possibility of inserting the technical data sheets into our system, directly from Excel files, an aspect which is considered of vital importance for the customer and which has allowed us to further speed up the process”, intervenes Annabella Partisani, sales representative for RTS of the whole project, which from a technical point of view involved Marco Trastu as RTS Product Manager in the role of Project Manager, Federica Bertozzi, ERP Consultant, who supported Marco Trastu throughout the realization and Marco Romanini, Project Manager RTS for MES part.

In this regard Marco Trastu is keen to add: “from the first meeting with the Megabox team it was clear how ambitious and stimulating our project was. All members of the team contributed to the correct performance of the activities already in the pre-analysis phase during which interesting aspects of company management emerged. The project manager, Lorenzo Angeli, accepted the challenge of an important change and was able to seize this opportunity to optimize the modus operandi of the departments into which the company is divided. The improvement of Megabox has translated into a great contribution in the advancement of RTS software which draws inspiration from realities like this to bring innovation to the world of packaging and corrugated cardboard. The successes are shared merits and the continuous cooperation will lead us to obtain increasingly important results”.

“Serving the furniture industry, it frequently happens to receive single and not-repetitive orders, consisting of 20/30 items, all with small batches for a maximum of 100-150 pieces, therefore upload all the data sheets of each single item in one hour rather than in a day makes absolutely a difference on the final price of the product. We have been using it since last April and today we can already be satisfied with the results obtained but we know that the evolution from now on will be continuous and thanks to the support of RTS we know that there will be further development possibilities”, says Lorenzo Angeli, responsible for the entire information project.

Marco Romanini is also keen to clarify “I appreciated the great collaboration and availability that the customer has provided me from the first day of the project, an excellent relationship has been established with the production environment and this synergy between the parties has greatly simplified the realization of the project. The choice of our SmartProduction software solution accompanied by the professionalism with which RTS follows its customers has certainly brought great benefits to the machine planning process as well as the possibility of having detailed production data. The strength of this project as far as the MES is concerned is the care and detail with which we have developed the industry 4.0 interfaces that give real added value to daily operations by considerably reducing start-up times. Surely this was the first step, we are already analyzing together with Megabox new integrations and functions on the MES that will allow to transfer to the system operations that are now processed manually to further improve and speed up the production processes”.

The fundamental collaboration between supplier and customer 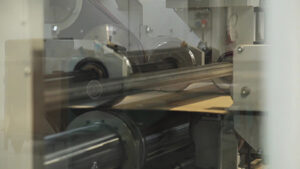 In projects like this, the support of the supplier is important, which becomes a de facto partner with a permanent presence for the entire duration of the installation in the company, but it is equally essential that the company dedicates time and resources to this type of project, since by now it is clear that margins can now be recovered with a correct planning of costs and management of the workflow as much as possible.

In Megabox this role was filled with passion and enthusiasm by Lorenzo Angeli, who, together with RTS technicians, allowed an implementation of the system as fast and linear as possible and as he specified “without wasting even an hour of production!”. 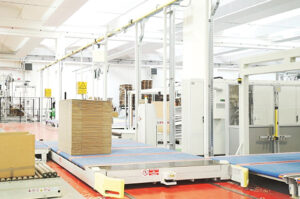 “Computerizing Megabox for us meant supporting an important customer and supporting him in his growth path. Our products return enormous value to the customer, the more the customer believes in the investment he made and wants to understand its potential to make the most of it”, commented Robertino Piazza, general manager of RTS Sistemi Informativi, to whom echoes the new general manager of Megabox who expresses all his satisfaction for the excellent outcome of the project with RTS. “Having invested in the renewal of the management system in a historical moment like the present one, we consider it even more strategic, because never like today it is necessary to move in this scenario of uncertainty with as much information and correct data as possible. When we were smaller, we were able to make predictions that were more or less confirmed but today this is no longer the case and to keep everything under control we believe that this type of solutions, which allow you to optimize and economize, is essential for a group of companies like ours who wants to continue to remain competitive and grow on the market”, concludes Gianni Alessandrini.