The Erbè facility (Vr), recently expanded with a new and futuristic structure, and also a key player in important technological investments, saw together the Pedrotti family for the presentation of 2018 Group’s economic data

This year the venue chosen for the presentation of the economic data of Innova Group fell on the Erbè facility, the group’s paper converting company that in the last year built a new futuristic shed, right next to the main office, in addition to important news also regarding some production and logistics technologies. The three Innova Group managers, Luca, Diego and Stefano, with the ever-present presence of mother Giulia, widow of company founder Giovanni Pedrotti, have opened the doors of Verona office, to share the important achievements obtained on several fronts, the result of a policy which, by focusing on the customer, can only pursue innovation at every stage of the process. 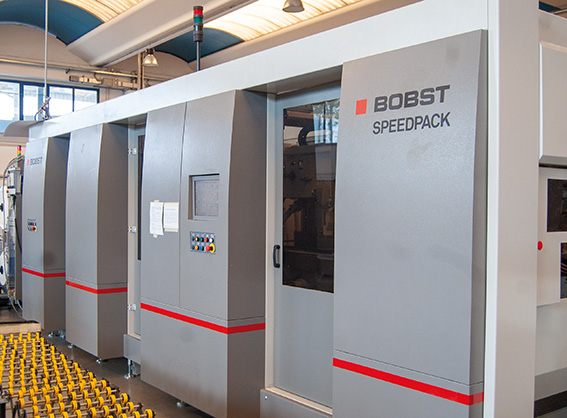 Increasing turnover but declining profit: the cost of paper increases but prices to customers do not increase
In 2018 the turnover of Innova Group grew by 4.3% compared to the previous year, exceeding € 86 million, but due to the continuous increases in the cost of the raw material, the net profit decreased by 5%, since the Group’s choice was to completely absorb the incidence of these increases, avoiding repercussions on customers, a decidedly strong choice, reflecting Innova’s great economic strength.
“In 2018 we experienced a decidedly positive first half of the year, with a 12% increase in turnover, and a decidedly significant subsequent slowdown due to the general situation, with a downsizing that however did not prevent us from closing the consolidated balance with a positive sign”, begins Luca Pedrotti.
In 2019 the scenario of the previous year seems to be repeated, with a positive first half and the final part of the year down, although in any case the turnover should grow, albeit slightly, compared to 2018. 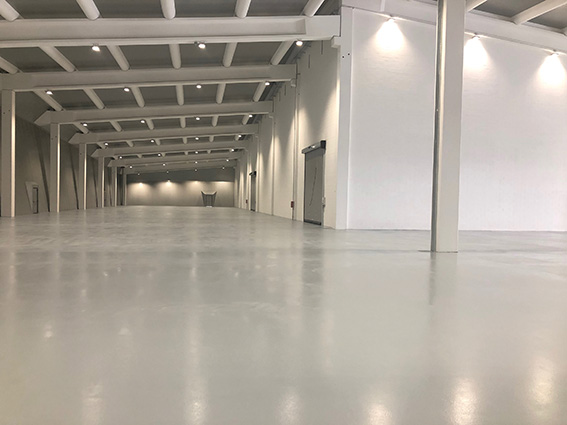 Soon a new ERP to further enhance the latest investments
In an increasingly complex market characterized by an ever shorter product life cycle and with increasingly smaller and customized batches, it becomes fundamental for the customer to be able to count on maximum flexibility, in order to be able to supply in a very short time only the products you need, avoiding stock surplus. “To also take up this challenge”, continues Luca Pedrotti, “after starting a digitalization process that included the introduction of 4.0 production technologies, we decided to equip ourselves with a new latest generation ERP, a strategically fundamental investment to be able to capitalize on the investments of production machines and to be able to fully enjoy the potential of Industry 4.0.
The goal is to be able to offer our customers greater integration in both internal and customer processes, increase productivity and shorten delivery times, actually improving services and the quality of data analysis to create more efficiency”.
The investment in the new ERP will take place by the end of the year, and the project will involve all the Group’s plants. The investment in a new ERP for such a big group is to be considered perhaps one of the most demanding, not only economically, but also from an organizational point of view, in fact the study phase of the various partners lasted almost a year, but we are also certain that once it is fully operational, the advantages of the new ERP and the related modules will be unequivocal, both internally and for customers. 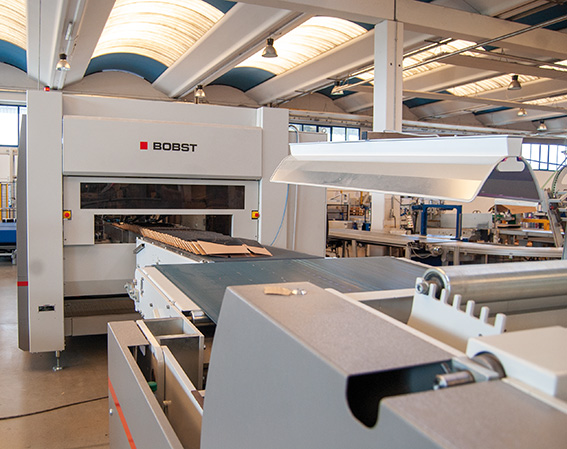 The new 4.0 production lines
In the last year, around € 8 million was invested in machinery, all from a 4.0 point of view and in addition to a net improvement in productivity, the economic results are already tangible, with a significant reduction in waste, in line with the Group’s philosophy that considers efficiency a mandatory mantra. It is no coincidence that the number of employees remains unchanged at 221 units, but the most striking figure is that in the 2013-2018 five-year period, Innova’s turnover grew by 30% with an increase in staff in the same period of only 10 people, allowing keeping fixed costs virtually unchanged and identifying the key to growth in investments (€ 32 million in the last 5 years). “I also like to underline how the per capita profitability of one of our collaborators is 40% higher than the average of our industry, a sign that people, if supported as we are doing with continuous training, make companies successful”, adds Luca Pedrotti.
The multi-year plan that Innova Group had planned for investments in new production technologies was anticipated all in 2018, in this way the company puts itself rightly protected from any re-thinking by the Government; therefore, in the Erbè plant, in addition to the completion of the shed started in 2017, were installed a BOBST MasterFold and a handling system to connect the current factory to the new building, managing to shorten considerably production times, while in the headquarters of Caino ( Bs) a 6-color Emba casemaker was installed, also equipped with automatic end-of-line.
“The MasterFold BOBST is a large format folder-gluer machine (light 2.30 m) equipped with SpeedPack, the first and so far the only one installed in Italy, a module that automatically collects the boxes coming from the folder-gluer machine, and forms the strapped package, making it ready for the palletizing system, which is also automatic”, says Stefano Pedrotti. This folder-gluer machine is also equipped with the Polyjoiner module which allows the creation of twin box display, formed by two boxes in one. “Thanks to the level of automation present on this line and some features we studied, we were able to manage the entire line, which normally requires 4 people, with only two operators”.

More and more cardboard in the future of Innova Group!
The new building that was built in Erbè is an innovative architectural structure, built with state-of-the-art materials and construction techniques, and was designed to have an environment with controlled temperature and humidity.
In closing of the meeting there is also time to talk about the known case concerning the Antitrust sanction, in which Innova Group was involved, albeit marginally as stated in the provision. The property absolutely denies any kind of involvement, is calm and serene about its work and of its collaborators and has therefore given the mandate to its law firm to present an appeal asking for the cancellation of the sanction. The feeling that transpires from Pedrotti family, whose name never appears in the Antitrust measure, is characterized by absolute trust in the judiciary, to which has been shown a broad collaboration, in order to clarify its position.