In mid 2019 Zincografia Empolese officially acquired FlexoTeam of Manerbio (Bs), thus completing that path of growth and expansion, not only technological, which began a few years ago, with acquisitions of other small territorial entities. Today ZE Group is a service of 30 people, capable of providing flexographic plates for every printing need, from flexible film, to labels and corrugated cardboard, with a territorial presence guaranteed by the headquarters in San Miniato (Pi) and the factory in Manerbio (Bs), where FlexoTeam will continue to operate with its brand 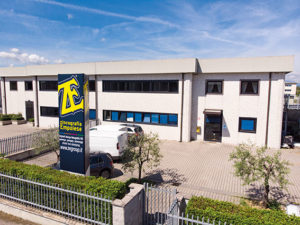 Galeotto was  “Converter”, it is appropriate to say it, given that a part of the merit of this acquisition goes to our magazine and to the article that we published in issue 107 March/April 2014, in which at the end of the interview, Sandro Bisoli, owner of Zincografia Empolese, declared his attention towards any possible future acquisition of companies in the sector, in addition to expand itself with a branch in northern Italy, in order to be able to follow better all printing and converting companies operating between Piedmont, Lombardy and Veneto. This article did not go unnoticed at Flexoteam, a prepress service for offset and flexo, founded in 2002 by Ziletti family and Angelo Bolli, who short time after got in touch with Sandri Bisoli.
After a visit to Tuscany, began a period of collaboration between the two companies, which served as a prelude to the entry of Flexoteam into ZE Group, which officially took place in April 2019.

“Flexoteam, from a company born as an offset prepress service, has transformed over the years into a service for flexographic printing of flexible packaging and labels”, says Angelo Bolli, “a step that was necessary by the developments of the offset market, which as we all know, has decimated the printing companies and consequently the services that revolved around this market. The choice to embark on a path within the world of packaging was obviously winning, at such an extent that in 2017 we discontinued the technologies for offset prepress. In 2018 we found ourselves at a crossroads, that is investing in new technologies and further developing the market or looking for an agreement with a company similar to us, and this is exactly what happened with our entry into ZE Group”, says Angelo Bolli, manager of Manerbio (Bs) plant, which continues to operate on the market under Flexoteam name and brand, 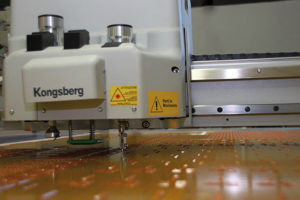 following its historical customers, and also developing new sectors such as corrugated cardboard, which is traditionally the sector in which Zincografia Empolese was born and developed over the years, even if today the portion of the market served is equally divided 50/50 between flexible and cardboard world.
A perfect combination between these two realities, capable of perfectly integrating and giving their own contribution with the aim of serving more and more closely the market and in all sectors of flexographic printing.
“At Flexoteam we have always had a direct relationship with brand-owners, and we have followed and supported them since graphic design of their packaging, working a lot for the private label sector. This aspect has allowed us to obtain orders for entire product lines and not just single campaigns”, adds Angelo Bolli.

For its part, Zincografia Empolese has finally completed the project of a site in northern Italy, because it is true that today distance can no longer make a difference in the choice of a pre-press supplier, but it is also irrefutable that every printer, knowing that it can count on a certain proximity and timeliness of intervention by its supplier, tends to be decidedly more peaceful.
“Thanks to the acquisition of Flexoteam and the technological investments with the purchase of Crystal Led XPS and the introduction of a double production line, we are able to guarantee a continuous and high quality service”, comments Ilaria Chesi, CEO of ZE Group. 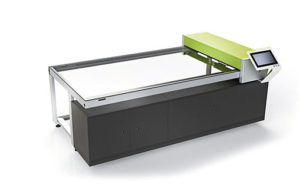 Zincografia Empolese has recently extended its production site, and made also technological investments culminating with the installation of Esko’s Crystal XPS for plates exposure with UV Led technology, capable of ensuring high quality and productivity level, also for the corrugated cardboard sector, which completes the package of solutions made up of Esko HD Pixel+ technology and related HD exposure units in the maximum plate format now on sale, 203×127 cm.
“The range of thicknesses used varies from 1.14 to 6 mm and also include plates with flat dot technology to ensure better printing density, we also have the Gold A aluminum-based photopolymer produced by Flint that we use for the realization of coating plates on offset printing machines. These plates are used for the finishing of printed matter in the paper industry”. 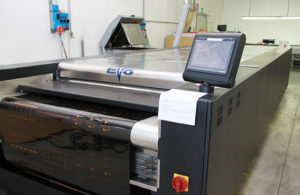 Plate mounting machines complete the production department, both for printing of flexible packaging and for corrugated cardboard sector, and the Kongsberg digital plotter for the automatic cutting and shaping of the plates, with 45° cut for high thickness.
The two offices are completing the standardization process relating to the graphic pre-production processes, with the use of the same software, and a continuous exchange of skills between the various technicians of the two companies, to grow also from the point of view of professionalism within the company. A growth on all fronts that involves the entire structure at all levels and departments.

“Over the years we have invested in technology and human resources, from the beginning of our adventure in 2001 to today we have increased plates production up to 120.000.000 sq. Cm. in 2019. The constant growth will allow us to invest also in future years”.