In this first article of 2021 we discuss with Michele Bondani, owner of Packaging in Italy, the key topic with which he distinguished himself and made himself appreciated on the market, namely positioning, a sort of science thanks to which companies can choose to differentiate themselves from competition average, sometimes even apparently going against the current, only to realize that they have created a unique trend line, which will make them leaders in their sector…

Talking about positioning necessarily forces us to talk about ethics, the culture of work, respect for professionalism, concepts that in the marketing field are very often disregarded by reality. Let’s face it clearly, there are some jobs and some skills that because of technology or an incorrect use of social networks, they are considered a prerogative of everyone, and everyone feels free to express his opinion even against the statements of experts, qualified technicians, in short, of those who have the knowledge of that subject. 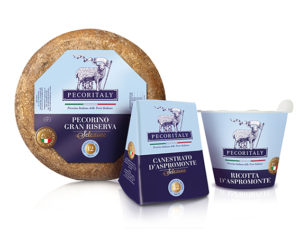 The experience we are living with Covid-19 is quite eloquent in this sense, and after having discovered a population of coaches (but in this case the passion for football apparently does not produce any damage even if the opinion is wrong) now on facebook we have discovered a population of virologists who whole world envies. In marketing, exactly the same thing happens, especially where there is confusion between creative agencies and structures dedicated to the development of real strategies, where there are distinguished professionals who have studied and gained experience in the field. “If I turn to a lawyer I do not have the presumption to teach him to write a reminder letter, just as if I turn to an accountant for my tax declation, I will be guided by his valuable advice to avoid running into errors and penalties”, Michele Bondani begins, telling us how on social networks, even the most professional ones such as LinkedIn, there are instead people animated by the intent to teach you the job, believing that ‘my opinion is as good as yours’, coming to discuss positioning more than you speak about football in pubs. 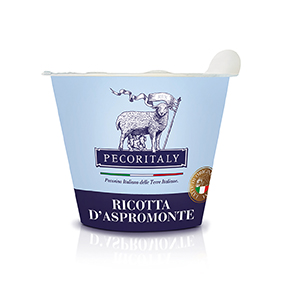 There are three types of figures that speak of positioning: the trainer, the consultant who knows technically because he has studied it in books, and those who practice it. The first two categories, very often even knowing the theory of this topic, risk doing damage when they try to put their knowledge into practice. “Positioning requires a great deal of effort, and it is first of all a matter of ‘mindset’, it is in fact part of the entire experience of a person, all notions that are not learned in books, but which are part of the baggage of each of us”, says Michele Bondani, underlining that the understanding of the theoretical guidelines on positioning, well explained in the books of the masters of this science, are obviously available to anyone who reads them and also easy to understand; the difficulty lies in putting them into practice. In fact, it often happens that positioning theorists or popularizers go directly to explain to entrepreneurs how to independently position their product on the market, bypassing the professionals of this fascinating and compelling science. “Entrepreneurs in general come from production, administration or sales, whose skills and visions are unquestionably superior to other people, otherwise they would not have been able to get to the top of the company. This does not mean that the entrepreneur does not, however, rely on third party or external professionalism in areas where he has no knowledge. This is true for all business areas except marketing where it is difficult to recognize the added value of the professional. The entrepreneur is inclined to think that it is up to him to plan the marketing strategy, but this is a wrong thought”, adds Bondani. To question oneself first of all and have the foresight to put oneself in the hands of professionals, exactly as it is done in any other field, is instead the correct way to go, recognizing the added value of professionalism, which also in the field of marketing are specific knowledge able to help the company to achieve its objectives. It is no coincidence that a visionary like Steve Jobs said that at Apple people were paid not because they did what they were told to do, but the exact opposite, namely that they were the ones who told the company what to do to achieve certain goals. This implies a mental process that always leads to questioning, at least in the face of the most important strategic decisions.

“The problems facing marketing today arise in the 70s, 80s, 90s when companies spent a lot of resources in advertising agencies for pharaonic campaigns, but those were the years where people sold regardless of marketing. It seems absurd to say it, but in those days it was not essential to make a strategy, a mass advertising campaign was enough and the product took off. Think of carousels, where the product was highlighted for a few seconds at the end of the short film. It was another world, but it is in that world that were formed many entrepreneurs who are still present on the market today, who cannot understand why they have to rely today on the knowledge of a marketing professional when in the past with a catalog, a presence at a trade fair or an advertising page they obtained amazing results. But this is not marketing”, says Michele Bondani, underlining however that with the entry of new generations into companies something is changing and also through positioning there is the opportunity to stand out from the crowd, getting important results on the market.

The importance of positioning, starting from the brand to get to the packaging 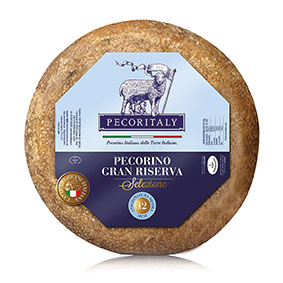 The positioning stems from the need to think of marketing and sales as a single entity, in which any marketing action must be directly linked to sales and the various orientations connected to them.
Product and service orientation were the driving forces of sales until the mid-1980s. Then came the third orientation aimed at customer, that is, having the ability to listen to the customer’s problem and give him a solution. Today, more than 90% of companies supplying products and services are anchored to these three orientations, even though we are already at the stage of the fourth orientation, which represents the basis of positioning and is the orientation towards competition. “Taking a market leader as an example and doing exactly what this leader has already done, is a sign of weakness towards the market, which will always tend to perceive me as number two. If it goes well. To be number one, one must make the trend, not copy it. Looking at what your competitor is doing within your market and doing something completely opposite is the winning strategy for an excellent positioning”, says Michele Bondani, underlining that exactly the same principle applies to packaging, except for private labels that they are born precisely to copy leading products, proposing them in their own packaging, with an advantageous price. 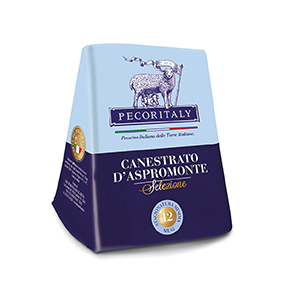 But if the company is called upon to ‘branding’, the brand must be positioned according to a positioning, and it is necessary to understand, carefully study the reference market and the players in that market, to create a differentiation and position it. “Here the difficulties begin because positioning techniques are not intuitive, there are several figures who talk about this topic and pass themselves off as experts, and if you don’t have the sensitivity to understand, it’s easy to fall into the risk of errors. For example, the quality of a product is not a feature of positioning simply because quality is taken for granted. An important and successful factor for a good positioning is to perform the opposite test, that is to find out if there is someone on the market who says the exact opposite. If this exists, then it means that positioning is a good positioning”, says Bondani. When he founded Packaging in Italy, went against the tide and while the market looked to the web, he decided to devote himself to positioning through packaging. At first he was taken lightly for his choice, but in the long run it was the winning strategy and it is no coincidence that today Michele Bondani with his agency is a leader in his field.

Web and packaging, allies in the sales strategy

If in the past there was no competition, today there will be at least 10, 20 players within each sector and standing out on the shelf can make a difference. Here packaging plays a fundamental role, because leadership belongs only to one product and one company. The role of marketing is also to understand which spaces the competition has left us available to propose differentiation and uniqueness on the market. Inventing new spaces is essential and packaging serves to this. In fact, packaging has the ability to communicate the positioning of an unknown product. In this case it is thanks to Packaging Positioning® that the product is sold for the first time to the customer it wants to reach. Obviously the second sale will take place if the consumer’s expectations have been met, but this is another story.

Communicating on packaging is absolutely fundamental and is part of a marketing strategy that also involves the web. Web and packaging today are precious allies in a company’s sales strategy. “If a company that communicates the product on the web fails to convey the same sensations to the customer on the packaging, the product that does not yet have the strength of a recognized brand risks going unnoticed. To become a recognized brand, it is necessary to go through Packaging Positioning®, which is today also the first form of ‘rebranding’. Companies today have decreased their presence on TV, preferring to invest in packaging and communication printed on the packaging, trying to give a distinctive value to the product contained within. If there is no positioning, no one reaches out to buy that type of product. Furthermore, through the packaging the company brand is introduced into families, which is seen daily by several people of the same nucleus, offering extraordinary visibility, and representing the first form of free ‘re-branding’ for companies, for this reason today it is essential to do marketing on packaging.

An invitation to packaging printers 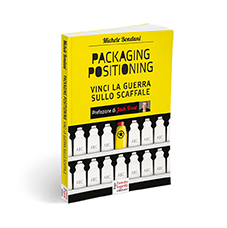 “I believe that even the printers and converters themselves, who print packages for their customers on a daily basis, can help make them understand that they could increase sales with their product, adopting a marketing strategy by exploiting the enormous potential of packaging (through structural design, materials, etc.). The printer who also becomes a marketing consultant for his client has a greater competitive strength and can emerge from the crowd, avoiding the risk that printing could be considered as a simple commodity. I say this because I spoke with printers who found their differentiation in the consultancy aspect, managing to transmit to their customers a service of great value”, concludes Michele Bondani, who is obviously available not only for brands but also printers who want to emerge on the market, finding in Packaging in Italy a partner to provide their customers with a high added value service.

Koenig & Bauer honors innovative contributions to sustainable printing with the...