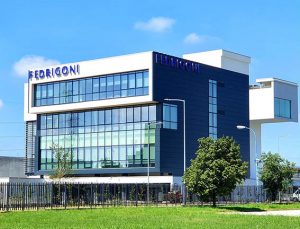 The Italian group continues its growth strategy in the promising premium self-adhesive products sector, strengthening its position as one of the global market leaders. It can now count on a new plant and a stronger commercial presence in North America (where it was already present with own operations in California and the distributor GPA), together with the Mexican company, Industria Papelera Venus, acquired in December

Fedrigoni has completed the acquisition of Acucote Inc., a company headquartered in Graham, North Carolina, which develops, manufactures and distributes self-adhesive materials, with a leading position in the US market, a turnover of over $70 million and 142 employees.

Acucote was founded 34 years ago by John Leath, who owns it together with his family. With one plant and 4 distribution centres, the company is an excellent opportunity for Fedrigoni, which intends to extend its presence in the United States, an extremely interesting market in which the Group is already well known and appreciated for its label materials for fine wines.

With this third acquisition in 18 months, after the Italian Ritrama and the Mexican IP Venus in the self-adhesives sector, Fedrigoni further strengthens its position as the third global player for self-adhesive materials, where it operates through numerous brands such as Arconvert, Manter and Ritrama. The Group is a global leader in wine labelling and plays a leading role in high-tech self-adhesive labels and films for food, household, logistics, pharma, beverage and personal care. Acucote also holds an excellent position in the pharma, architectural graphics, retail and logistics segments, making strategic production, distribution and procurement synergies possible.   “The acquisition of Acucote represents a further step in the growth strategy in the increasingly promising self-adhesive materials sector, where we are determined to expand our position as market leader,” stated Marco Nespolo, CEO of Fedrigoni Group, “and it is in line with our wish to diversify our geographical penetration, strengthening our position across the Americas and in particular in the United States.”

“The new entry to the Group will allow us to increase production capacity directly on site and to distribute throughout the United States, also thanks to the integration with our subsidiary company, GPA, to create excellent procurement alliances and to count on cutting-edge technologies, including in terms of environmental sustainability”, added Fulvio Capussotti, Executive Vice President of the Fedrigoni Self-Adhesives division.
John Leath, founder of Acucote, also expressed great satisfaction with the acquisition. “I am leaving my company and my people in good hands, which was my main goal. Fedrigoni is an international group and a solid, rapidly expanding industrial reality, in which I am sure Acucote will be able to grow and consolidate significantly in the coming years”.