The Molise paper converting company founded in 1994, with the launch in 2014 of its sister company Packly, the first italian web-to-pack, has created a winning business model capable of winning customers all over the world, starting from a simple click

The history of Pringraf unites all the printing and paper converting companies in our country, company born in a family environment in small spaces, with few means available but a great desire to do well and serve, at least initially, the local market. We are in 1994 in the province of Campobasso in the Molise region where Pringraf, which has recently taken over an old printing house, sees the first printed brochures destined for a local Church, the first and still loyal customer of the company owned by brothers Giuseppe and Roberto Prioriello. Solid roots, important, proud of their land and it is there that today this company produces every day personalized cases and boxes that are shipped all over the world, thanks to a consolidated team of collaborators, born and raised within a radius of 20 km from the company headquarters. 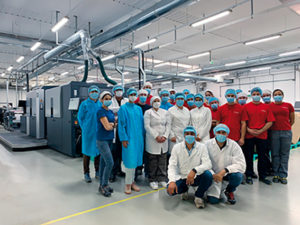 The turning point, that intuition that opened the doors of this beautiful reality to the world market took place in 2014, when the start-up Packly was launched, Pringraf’s sister company destined to lead the way in the web-to-pack sector. And it is in this period that during a Viscom fair in Milan I meet Packly and his mentor, Giuseppe Prioriello, who in a small stand of the important Milanese event dedicated to the world of visual communication, explains me his idea. Nothing revolutionary, because web-to-print has already been invented, but mainly for commercial printing. In Italy no one had yet thought of offering packaging printing and production service by sending orders via web: Giuseppe and his staff of programmers engineers then study and implement the new Packly platform, the interface through which it’s possible to acquire the orders for cases and boxes to be produced in printing and converting departments of Pringraf, which therefore opens up to printing and converting of paper and cardboard by exploiting the flexibility of digital technology. The portal, which has been developed and further improved over the years, now offers in a few simple steps the opportunity to create customized and tailored packaging, starting from a single copy. Customized die-cut layouts are available, along with real-time views of the 3D model of your graphic project which, from the moment the order is sent, is created and shipped within 48 hours. 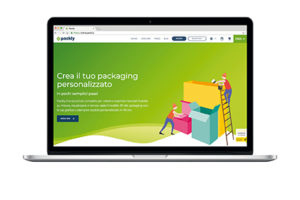 The numbers today are very respectable and the two companies serve approximately 115 product sectors. And with the results and customer satisfaction, important awards also begin to cascade: Pringraf in 2014, at the prestigious “The Luxury Packaging Awards” in London, won the award for best packaging in the Luxury Food Pack category and obtained the Best award in Show, that is the best packaging of the whole event, beating the competition of brands of international importance such as Marks & Spencer and Tesco.
Also in 2014 Packly won the Lion’s Liar Award at Packaging Innovation in London, as the best innovative idea in the sector, and last November Pringraf was awarded with the Print Oscar in the Best Technology Innovator category, entering the prestigious Club of Italian Printing Excellence.

What was the greatest difficulty in integrating Packly and the offer via the web with the rhythms of a traditional typography?
“Packly was born as an offshoot of Pringraf, a paper converting company that has always thought outside the box since its inception. I could therefore say that Packly was the natural passage of an intuition had in Pringraf several years ago and that it is perfectly integrated into a reality already strongly oriented to the web. Let’s say that we have never been a traditional typography, probably because my brother and I have always faced this job trying to overcome any limits imposed by both technology and modus operandi”.

Did you see the volume of web orders grow in 2020 even during the pandemic?
“2020 was a difficult year for everyone, we were faced with the need to rethink the organization of work. Also in this, our thinking outside the box has helped as smart working was already a consolidated method for our team. On the other hand, we have seen an increase in sales volume apparently in contrast with the rest of the country. But this data instead allowed us to affirm how crucial is the role of packaging in positioning a product.
Packly proved to be an invaluable tool for all those entrepreneurial realities, medium or small, which during the pandemic were able to continue their business thanks to e-commerce. For this reason, they found in Packly the perfect ally to create customized packaging, in the desired quantity in quick and sure times”.

Can you tell us about the latest Packly news, namely the special finishings and 3D preview of the finishing? 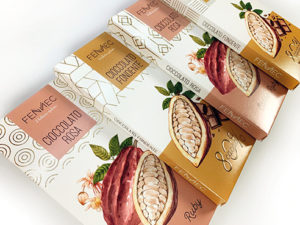 “We have implemented both the new features on the web application and on the printed product. In particular, we worked on special finishings, gold, silver and selective varnish and above all on the possibility for the user to view the finishings after uploading the file to be printed and before purchasing. An important advantage not only for the graphic designer but also for the end customer who, in this way, has the possibility to visualize in a realistic way the lighting effects created through the finishing.
The new special finishings available are gold and silver foil and relief spot varnish. An important novelty that will allow users to add value to their packaging, without minimum quantities and with the possibility of viewing the preview of the 3D graphics online with the finishing.
The on-line visualization of special 3D finishings for customized packaging is an absolute novelty, Packly is the first platform that makes it possible to visualize the metallic foil and the varnishing with reserve in real time on a normal web browser, thanks to a simple link that can also be used on mobile devices”.

How much has the demand for customizations and enhancements grown in recent years?
“From an analysis of the surveys proposed through our blog to the graphic community, it emerged that many professionals evaluate the finishing as an added value (45.9%), much more than multi-color printing (6.2%). However, manufacturers are disappointing the expectations of graphic designers: 50% of them do not find suitable support and advice in the finishing sector, confirming that this trend, although growing, is still far from being completely satisfied. Packly and his proposal go in this direction, proposing a ready-to-use solution with affordable costs.
For some sectors, finishing is almost a must have and Packly could not fail to meet the requests of its many users. But adding a feature wasn’t enough, not for Packly and its web-to-pack vision. The center of everything is and remains the user experience. For Packly, anyone must be able to make their boxes easily and with the ability to see the final result before purchasing. The preview of special finishes, with light and reﬂection effects, is not easily obtainable with the most common graphic design software, a need that Packly wanted to solve without sacrificing ease of use”.

What feedback did you get from the market with the latest news? 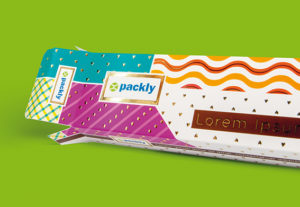 “The market immediately responded with enthusiasm to the launch of these new types of products. One month after the launch of the special finishes, 120,563 packages have already been created and 9570 3D files have been rendered. After Italy, on the international level, however, special finishings were quite in demand in France, Switzerland and the Netherlands. The most active sectors in the use of these processes are food, beverage and cosmetics sector. The attention to user experience and the fundamental rule of “keep it simple” reveal a fundamental aspect of Packly’s vision: to highlight the platform, which is first of all a software that simplifies the packaging creation process. From the generation of die-cut path, to the application of special finishings visible in a 3D preview, with the ability to share the interactive draft with a link, and get to printing in just 48 hours”.

Are you planning new technological investments?
“Let’s say our intent is to take Packly to the next level by replicating our reality in other countries. The project that may seem ambitious is instead the result of a choice of sustainability, a theme that we particularly care about, since Pringraf will soon be a Green Factory.
Packly’s goal is to print the product in the geographic area closest to the customer. This is because it doesn’t make much sense to talk about sustainability if a packaging has to travel thousands of kilometers. An ambitious project? Sure, but even the longest journey always starts with a first step and we are convinced that this is the right path to take.