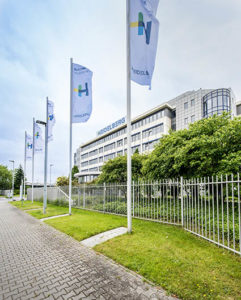 Following a strong end to financial year 2018/19 (April 1, 2018 to March 31, 2019), Heidelberger Druckmaschinen AG (Heidelberg) achieved its operating targets. After submitting preliminary figures that have yet to be audited, group sales were reported at €2,490 million, or approximately 3 percent higher than the previous year (€2,420 million). Furthermore, the company’s operating profit margin based on EBITDA excluding restructuring result was within the target range, at 7.2 percent (previous year 7.1 percent). According to these preliminary figures, absolute EBITDA was €180 million (2017/18: €172 million). Generating post-tax profits of €21 million, Heidelberg achieved an increase on the previous year (€14 million), as had been anticipated. Free cash flow in the fourth quarter was positive and, as expected, at €–93 million for the year as a whole, was lower than the previous year’s figure of €–8 million. In the past financial year, investments were made in particular in digital projects, the development of new business models and the new Innovation Center at the Wiesloch-Walldorf site. Following a capital increase, the net financial debt was €250 million (March 31, 2018: €236 million) and, at 1.4, leverage remained well below the target value of 2.

Looking forward, despite growing weakness in the global economy towards the end of the financial year, Heidelberg expects to see a stable development in its core business and growth in the digital subscription model. However, with underlying economic conditions making companies more reluctant to invest in new technologies, expectations regarding a ramp-up in digital printing will need to be more conservative than originally planned. Postpress sales will grow less due to the antitrust authorities’ decision to block the takeover of MBO. Furthermore, the decline in the retail business with consumables is likely to be larger than anticipated.

“This development makes us all the more determined to pursue the Group’s reorganization vigorously. The expansion of the digital business models and the associated higher proportion of recurring contract sales will make us less susceptible to economic fluctuations in the future,” Hundsdörfer explains. 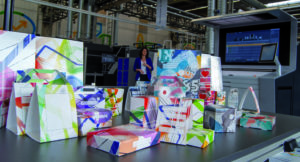 Cautious outlook for 2019/20 – sales and profitability forecast at previous year’s level
Over recent months, the global economic slowdown has resulted in a subdued dynamic in new press orders. For example, at €2,559 million, incoming orders at the end of March 2019 were slightly below the value for the previous year (€2,588 million). Due to the growing uncertainty on global markets caused by trade disputes between the US and China in particular and by the Brexit, the VDMA industry association has struck a considerably more pessimistic tone in its latest annual forecast. On this basis, Heidelberg is adopting a cautious approach as the new financial year 2019/20 gets underway. While the company anticipates a stable development in group sales and profitability compared to 2018/19, economic conditions are delaying medium-term growth prospects. Heidelberg expects sales to rise at a slower pace than previously planned, with a significantly higher proportion of the cyclically resistant contract business than at present. 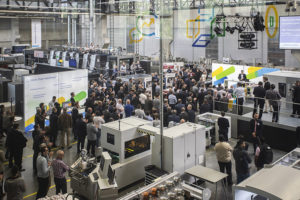 The positive response from customers has shown that Heidelberg was right in its recent decision to embark on a strategy of digital transformation. There is growing demand for the new subscription model in particular, under which Heidelberg products and services are offered as part of a usage-based all-in contract that runs over several years. The company succeeded in achieving its target of concluding approximately 30 contracts in financial year 2018/19. To counteract customers’ restrained investment activity in view of the more difficult underlying economic conditions, the company is continuing to focus on boosting the efficiency of structures and consistently carrying forward asset and net working capital management so as to finance further investment in digital business models, products, and services. The funds that are freed up by this approach will enable the company to pursue its transformation vigorously and keep net financial debt at a low level.

“There is no alternative to the ‘Heidelberg goes digital’ strategy, and we will increasingly reap the rewards of our strategic activities. Unfortunately, current economic developments are dampening our growth dynamic, even though the market potential for digitization in the printing industry and for digital packaging printing is as big as it has ever been,” says Hundsdörfer.