Fogra, the prestigious research institute based in Germany, wanted to thank the company of S. Bonifacio (VR) on the occasion of the thirty years of collaboration with a certificate of recognition for its commitment to support the progress of the industry graphics: with Andrea De Rossi, managing director of Tecnologie Grafiche, we retraced its history and collaboration with Fogra

The name of Tecnologie Grafiche is immediately associated with that of Andrea De Rossi, its founder and inspirer, a graphic expert who graduated at San Zeno Graphic School in Verona in 1974 where he was a laboratory and graphic technology teacher until 1979, therefore the company could not have had a different name. Tecnologie Grafiche was founded in 1983 and for about ten years dedicated itself, in the Tre Venezie, to the marketing of technologies for prepress and printing. Among these technologies we mention famous brands such as: Klimsh (repro-cameras), Scitex (integrated systems), Krause (photo-pagers), Volt Autologic and Bobst Graphic (photocomposers), Aurelia and Nebiolo (offset printing machines). 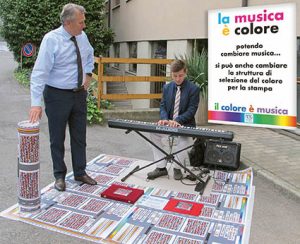 “That was an experience that led us to get to know hundreds of still embryonic graphic realities, which gradually developed and then became those that are still large and important companies in the Italian graphic industry today. In 1991 there was a turning point, propitiated by the meetings with dr. Friedrich Dolezalek of Fogra and Felix Bunner of System Brunner (CH) famous for the invention of the first color control system for printing, when the company decided to deal with, as the company motto clearly indicated: “methods and standards in printing processes”. This is when starts consulting, training activity in conjunction with Viptronic color measurement systems before and later and currently from Techkon. The calibration of industrial processes and the solution of technical problems in companies could not ignore the use of plate, color and print measurement systems that were offered to customers”, explains De Rossi.

The history of Tecnologie Grafiche 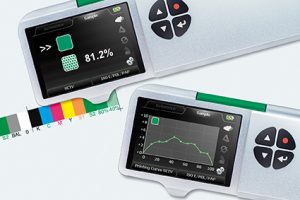 Tecnologie Grafiche is a name that for about 40 years has been tracing back to color measurement, evaluation and control systems. It introduced in Italy the first standardization of FOGRA offset printing (1991) and for almost 25 years it has been dealing with color management in prepress through the application of ICC profiles (1996). Color calibration in conventional and digital printing processes are still today the foundation and value of the proposals of the company. This year it launched the www.metododerossi portal to talk about printing technology to new generations of graphic designers. Together with Camporese it is about to launch the new PRINT-4-PROFIT project to print packaging economically and profitably with the GMP-GREEN MULTICOLOR PRINTING technique using conventional ink and UV-LED: millions of colors with only 7 inks.
A key moment was the introduction of ICC profiles: it was the year 1996. Tecnologie Grafiche created 20 IQP Centers (ICC Qualified Points) which were qualified to spread knowledge, technologies and methodologies for calibration and profiling of printers and processes. The company is currently very busy in activities that are not consulting but problem solving. De Rossi states: “today printers do not need advice, but a quick solution of problems that increase their efficiency, competitiveness and profit. In a purely polemical key, it can be said that those who remain without work are consultants, while those who have it and are skilled, try to solve problems by providing concrete, practical and immediate solutions; in the sector I meet few people who actually know how to do it because they do not know the printing processes in a deep way”.
The activities on which the company is most engaged today are: training courses, color calibration in industrial processes according to ISO standards, both conventional and digital, color management in industrial printing (ceramic, wood, metal, fabric, corrugated cardboard) and machine testing.

The relationship with Fogra 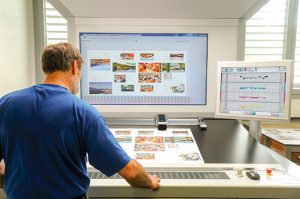 The relationship with Fogra was born in 1991 with a visit made to its old headquarters in the center of Munich. “I met Dolezalek, he was at the forefront of research. For the first time I saw two images that looked identical but one of the two was mainly made up of a Black channel with very little color in the tri-color process. It was the GCR (Gray Component Replacement) channel separation technique with which all the trichrome component that formed gray was replaced by black only, the anticipation of the current Color Management based on Save ink Device Link* techniques for ink savings in printing. Shortly after I met Felix Brunner with whom I had a 5-year partnership. From him I learned the basics of color control in print and the importance of dot gain: a parameter that he defined and encoded”. Today it is called TVI (Ton Value Increase), but the value of 16% over 50% (Fogra 51) was already predicted by Felix Brunner in 1977 when he defined the “isocontours diagram”. These events may appear as simple and insignificant historical facts, but instead, they still represent the foundation of the origin of modern industrial printing today.

De Rossi immediately believed in Fogra because it was the only European body that was interested in the study and research of printing, developing process and quality control methodologies starting from the identification of the critical phases of the workflow and from the analysis of the materials used by identifying their characteristics, limits and improvements. Therefore a methodology that leads to an analysis of causes/effects/remedies: the current “troubleshooting”.

The aims of Fogra and their development over time
From the very beginning, the aims of Fogra have been standardization. “The German craze of splitting hair in 4! Sometimes even exaggerated. Precisely the boundless contrast to Italian improvisation and craftsmanship. I believed and still believe that a mix between the two methodological approaches is the right recipe for an orderly and rational solution to the technical problems that arise in the graphic industry. Industry can no longer rely on manual skills intended as error corrections but on a calibration of an industrial process whose result is predictable and measurable: therefore safe and economical”, says De Rossi.
The first standardization of Fogra dates back to 1991 with the edition of the “Manual of Standardization of Offset Printing. The second edition followed in 2001. In 2002 the ALTONA TEST document was published which was the forerunner of the subsequent ISO 12647-2: 2004 standard. In 2006 the manual “Media Standard print 2006: Technical Guidelines for Data, Proof and Films” was published on behalf of BVDM (Association of German Printers). Fogra also took part in the PSO (Process Standard Offset) project again on behalf of BVDM.

The importance of standardization today 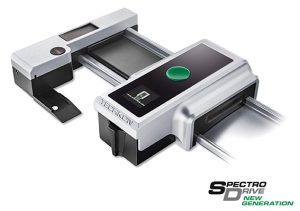 “Today standardization, rather than serving to obtain an ISO certification, an unnecessarily expensive activity usually managed by the few people who write and update the manual, makes sense if it has as its objective the rationalization of production processes and the writing and updating continuous of operational procedures of all work flows and sub-flows, by each operator who is engaged in the graphic production from project to printing to set-up. Fogra certification certifies that a company follows a rigorous protocol subject to the knowledge and application of the standards and follows the guidelines indicated by sector technical standards such as ISO 12647-2: 2013. But certification is not an obligation, in principle it is more than enough to know the standards and apply them”, explains De Rossi.
Certainly Fogra is very active and always involved in writing and updating standards. Today the market requires economy and low prices and speed of delivery. “The fastest to deliver standard quality wins! The only way to be competitive is to start automatic and standardized processes capable of producing quality products, without defects, without waste and therefore economical and profitably. Standardization together with the training of workers are the winning combination for competing and being a member of Fogra means being in continuous contact with an Institute of value and international level that conducts continuous technological research in the field of printing and on various lines: materials, technologies and application methodologies. All with a particular eye to the standardization of processes and the definition of standards: that is, clear and valid references for everyone and acceptable tolerances in production”, concludes De Rossi.

A manual for offset printing
The Standard Offset Printing Process Manual was first published in October 2001 by the Federal Association of Printing and Media (bvdm). An expanded and completely revised edition was published in October 2012. These publications have been preceded by various editions of manuals on “Standardizing the Offset Printing Process” since 1981. Results and methods for controlling the offset printing process from these publications have been incorporated into the ISO standardization. In 1996, the ISO 12647-2 standard appeared for the first time. The second edition followed in 2004, a change to it in 2007. A third updated edition of the ISO 12647-2 standard followed at the end of 2013. In addition to the ISO 12647-2 standard for process control in offset printing, there are further standards ISO such as ISO 2846-1 (offset printing inks) or ISO 12647-7 (digital proof printing), important for the standardization of the entire production process. These standards and their application are documented in detail in the Process Standard Offset Printing manual. The standard offset printing process (PSO) is supported by printing and media industry associations in Germany (bvdm), Switzerland and Austria together with the research institutes Fogra and Ugra.