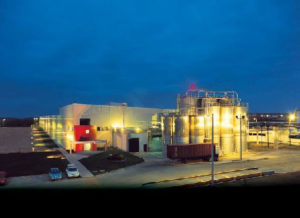 Taghleef Industries (Ti), a global producer of biaxially oriented polypropylene (BOPP) film, announced that it has completed the transaction to acquire Biofilm, one of Latin America’s leading manufacturers of BOPP films for flexible packaging, labels and industrial applications.
Founded in 1988 in Cartagena, Colombia, Biofilm has focused on international sales to grow its business. In 2004, the company opened its second manufacturing facility in Altamira, Mexico, which features multi-layer co-extrusion technology to produce films with unique performance capabilities. Innovation at Biofilm is based on technological platforms that include clear barrier, ultra-high barrier and metallized films. In fact, with eight state-of-the-art metallizing chambers at its production facilities, Biofilm is the largest supplier of metallized BOPP films in Latin America, as well as one of the largest suppliers of packaging grade BOPP films on the entire continent.
“Since its inception, Biofilm has created a high-performing business focused on exceptional quality, innovation and growth. We are proud to add this new company which shares our same values,” remarked Dr. Detlef Schuhmann, CEO of the Ti Group. “We look forward to expanding our presence in Latin America and are especially excited to welcome their highly skilled and experienced workforce and to leverage their strong portfolio in metallized film and vacuum deposited barrier solutions.”
By finalizing this transaction, Taghleef secures its position as a leading supplier of BOPP films in Latin America and throughout the world, increasing annual production capacity to more than 500,000 tons.  With the addition of Cartagena, Colombia and Altamira, Mexico to existing manufacturing sites in the US, Canada, Italy, Hungary, Spain, Egypt, U.A.E., Oman and Australia, Ti is geographically positioned to provide a consistent worldwide supply of specialty films, as well as proactive and responsive technical support to multinational and regional customers across six continents.