Reno De Medici Group, Europe’s second largest producer of cartonboard made of recycled fibers, strengthens its leadership position in Southern Europe. The acquisition will allow to fully express the Barcelona Cartonboard potential thanks to the industrial and strategic know-how of the RDM Group Enterprise Value of 46.4 million euros and closing expected by the end of 2018 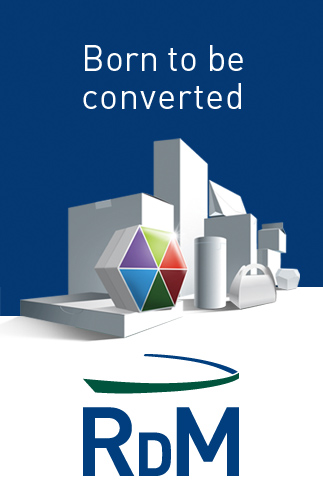 Last 14th june the Board of Directors of Reno De Medici SpA – the leading Italian and second-ranked European producer of cartonboard made of recycled fibers material and also active in the virgin fiber segment – has examined and approved the project for the 100% acquisition of Barcelona Cartonboard SAU, Spanish company operating in the coated cartonboard sector. The seller is the German private equity fund Quantum Capital Partners.
The Board has conferred upon the CEO the mandate to move forward with the definition and formalization of the related contractual documents. The signing of the preliminary agreement is approximately expected by the end of June 2018, with closing conditioned to the Authorization from the Antitrust Authorities as required by law. The closing is expected by the end of 2018.
Founded in 1967, Barcelona Cartonboard S.A.U. operates in the business of coated cartonboard produced from recycled fiber (WLC – White Lined Chipboard) and, secondly, from virgin fiber (FBB – Folding Box Board), a business segment developed since the end of 2016. Headquartered and with production plant in Castellbisbal, Catalonia, the company has an annual production capacity of 180,000 tons and it employs approx. 230 people.
In particular, Barcelona Cartonboard S.A.U. is the largest cartonboard producer in Spain, one of the most important paper mills in Southern Europe and ranked seventh in Europe in WLC sector. In the last financial year ended December 31, 2017, the company recorded (Spanish accounting principles) sales revenues of €122.3 Million, EBITDA of €5.1 Million and a net profit of €1.4 Million. As of December 31st, 2017, net financial debt amounted to €11.5 Million.
With strategic investments of over €18 Million in the two-year period 2016-17 – following the entry of the German private equity fund Quantum Capital Partners in October 2015, which took it over from Stora Enso – Barcelona Cartonboard is among the leading European paper mills in terms of production capacity, speed and width of the machine, as well as among the most modern plants, recognized for the high level of quality of the cartonboard produced. Thanks to RDM Group’s know-how and best practices in the production of recycled fiber cartonboard, Barcelona Cartonboard will be able to fully express its industrial potential, with the efficiency of the production and the increase in plant capacity, as well as benefiting from the economy of scale deriving from belonging to RDM Group.
Furthermore, the acquisition of Barcelona Cartoboard S.A.U. will allow the RDM Group to strengthen its presence in a well-known market, to optimize its product portfolio and to further improve the level of service to current customers and new ones. In fact, thanks to the proximity of the Barcelona plant to some of the major European converters, strategic customers will be served in a shorter time.
The preliminary price of the investment is based on an Enterprise Value of €46.4 Million – calculated on a pro-forma 2018 EBITDA of €8.2 Million – and on an estimated NFP of ca. € 9.9 Million. The price will be subject to subsequent contractual adjustments resulting from the level of the NFP and the working capital on the effective date of the transaction.
The acquisition will be financed by Reno De Medici S.p.A. mainly by a specific external financing line.
“I am delighted to announce the acquisition project for Barcelona Cartonboard S.A.U., a well-positioned and invested mill in the recycling cartonboard and with good potential in that of virgin fiber” commented Michele Bianchi, CEO of RDM Group.
“This operation – Bianchi said – fits perfectly into RDM Group’s Vision to become the Partner of Choice for its main stakeholders founded on three strategic goals: offering superb products and service, optimizing costs and maximizing stakeholder’s satisfaction.
The acquisition of Barcelona Cartonboard, in fact, will allow RDM Group to strengthen its One Company culture, based on a unique strategy for all Group companies, on the so-called multi-mill concept, on the optimization of both production and sales, and on technological implementation, reinforcing the ability to serve pan-European customers and security of supply”.
Reno De Medici S.p.A. has appointed Unicredit as its sole financial advisor for the transaction.