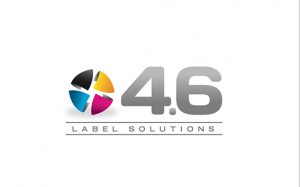 The Rete d’Impresa 4.6, constituted by the companies Gruppo Aro S.p.A., Notarianni S.R.L., Eurolabel S.R.L. and Pilot Italia S.p.A., counts among its customers, since many years, primary companies supplying products of wide consumption and intends to join the strong voices of protest of the Associations, Bodies and Companies of the sector to denounce a crisis situation that has become unsustainable.

“We ali know how difficult it is for ltalian companies to carry out their business activities and to guarantee their workers job stability following the enormous increase in the costs of raw materials and energy recorded in 2021. The self-adhesive labels sector, which concerns Rete d’ Impresa 4.6, has al so been affected since the beginning of the year by the proclamation of the strike of the UPM factories in Finland, which is unacceptable both in terms of modalities and timing. The disruption that such a situation has generateci in the market is quite evident, given that the union agitation has prevented companies in the sector from carrying out normai procurement and regular management of orders and deliveries, and has consequently createci great inconvenience and diseconomies.

The continuation of the socia! conflict in Finland risks to radically block the distribution of food and medicines, as well as many other products, with serious damage to the companies themselves and to the final consumer. lt is therefore necessary that the UPM and the Trade Union make the maximum effort to find immediate agreements that put an end to the conflictual situation and allow the prompt resumption of activities.

There can be no further justification for the fact that UPM and the workers’ union have not yet found the right agreements after two months of work suspension. The common sense of responsibility imposes an immediate and finally constructive dialogue, also taking into account that this insistent conflict is totally disproportionate to the serious damage it is producing on an international scale. lt is the precise duty of ali to avoid the risk of major job losses and major inconvenience to consumers, especially in the delicate food and pharmaceutical sectors”.