Thanks to the newfound competitiveness, the Italian Box Manufacturers Association looks to the future with greater serenity, even if it will take time to return to a normal market situation. We talk about it in an informal interview with ACIS president, Riccardo Cavicchioli

The news was in the air and exploded on the eve of holidays last August, when with great reviews on the national press, including TV channels, the Antitrust Authority communicated the results of an investigation on the world of corrugated cardboard producers, from which it was clear that the main operators were  engaged in a conspiracy, agreeing on prices, on the methods of production and supply to the market, influencing for years, as claimed by the Italian Box Manufacturers Association (ACIS) , the cardboard converting sector, that is, those Italian box manufacturers, mostly small and medium-sized family businesses, forced to do their best to work.
Some signs of impatience had already become evident in the sector: first in the form of a Consortium and then in 2015 as an Association, when a hundred Italian private box manufacturers gave birth to ACIS, no longer feeling represented within Gifco, the Assografici Association that historically united both the producers of corrugated cardboard and the box manufacturers, that convert raw materials.
“Many of us no longer felt represented by Gifco, and unfortunately after the final measure of the Antitrust Authority, our doubts became certainties; we had the feeling that something was wrong and that there were associates of series A and B, and box manufacturers belonged to the latter category”, says Riccardo Cavicchioli, ACIS president. Riccardo, unfortunately, was called by Antitrust and had to respond to requests for clarifications, which served to compose piece by piece the whole puzzle.
“Over the years, box manufacturers continued to lose market share, even with small customers, served for years at more than favorable economic conditions, but which were not enough to maintain customer loyalty. Many of us started to smell a rat and therefore we all decided, no associate excluded, to turn to the authorities to ask for help to clarify a situation that prevented us from working”, adds Cavicchioli.
The production of corrugated cardboard boxes is a commodity sector that depends more than 50% on the purchase of the raw material, which if it does not take place on competitive market conditions, represents an insurmountable obstacle for box manufacturers to be able to work in normal conditions. The reports of ACIS, followed by the confessions of some companies, which to guarantee significant discounts of punishment have admitted their guilt, provided investigators with additional evidence (in addition to those provided by ACIS) that have uncovered the vessel giving rise to an investigation lasting about three years, with dozens of companies and managers involved, 380 pages of investigation for a financial penalty that amounts to about € 300 million. The various appeals to TAR, to which almost all companies involved have appealed, including GIFCO, have for the time being allowed to suspend the only payment order of the penalties, without prejudice to the assessment of the offenses, waiting for the final sentences that should arrive by next summer.
“Today we are satisfied because we have had the demonstration that even the little ones, if united and compact, can achieve important results. ACIS turned to the Antitrust Authority regarding irregularities in the market for the supply of corrugated cardboard sheets, but the investigations also revealed irregularities in the market for the production of boxes. We expected the various appeals to the TAR, but we trust in the solidity of the investigation conducted by the Authority, supported, moreover, by the recorded four confessional statements”, adds Cavicchioli, sincerely sorry also for the involvement of Gifco, but with whom in the future he hopes to be able to reopen a supply chain dialogue, because only united also at an associative level you can speak with the world of politics to protect everyone’s interests. 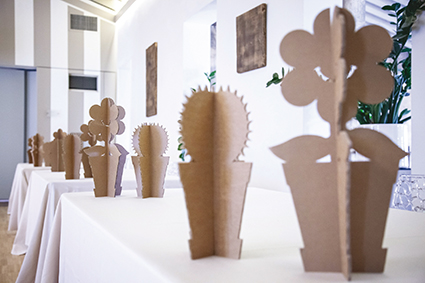 “As the Antitrust Authority told us, since the conspiracy has been reiterated for years, it will take time for businesses, absolutely not prepared to manage a normal market situation, to settle. A positive thing is happening: our companies are seeing an increase in visits from suppliers who in the past never showed up. We know that if the conspiracy should go on, the sanctions would double and indeed Antitrust has urged us to monitor and report if we should notice any anomaly. Regret remains for an event that we never wanted to experience as protagonists, convinced that there would be room for everyone, respecting the normal rules of the market. Unfortunately, when one loses contact with reality and is guided by the will to dominate at all costs, I would say almost arrogantly, the deriving results can only be negative”, concludes Riccardo.
The positive aspect is undoubtedly the great compactness and the unitary spirit that these 100 Italian box factories have shown together under the hat of ACIS, its Board of Directors and its staff who have followed the whole story step by step, supported by a law firm specialized in Antitrust matters (Lipani, Catricalà & Partners).

The future projects by ACIS
Although the last year has been characterized by this bad story, we went on with our training initiatives, on which the Association focuses a lot to spread culture in the sector. In 2019, ACIS Academy was born which aims to develop training courses tailored exactly to the needs of box factories.
Another important project on the sustainability front, which engaged the Association in the front line with the support of all the associated companies, concerned the purchase of 660 plants that will contribute to the reforestation of Veneto areas affected by bad weather last year.
“Our association must continue on the path of unity to communicate to the market the sustainability values ​​of corrugated cardboard packaging, and propose itself as an alternative solution to plastic packaging, with the awareness that not everything can be packed with corrugated cardboard, but where this is possible in place of plastic or other materials, we must make ourselves ready to catch important growth opportunities”, concludes Riccardo. 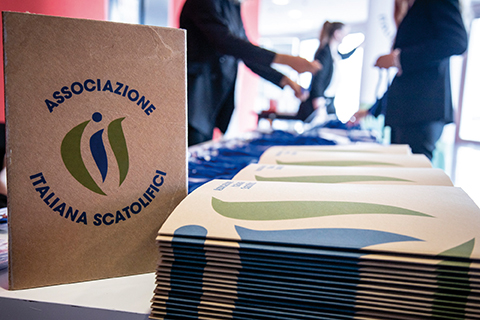 ACIS Academy was born in 2019 to meet a strong need for training coming from the membership base, which included both specific courses for entrepreneurs and technical insights for collaborators. The level of adhesion was very high: each session involved between 60 and 80 participants.
The first cycle of ACIS Academy, a technical-professional and managerial training course organized by ACIS, ended at the end of November. There were six studying days in total: three dedicated to technical training, with the consultant Stefano Romanò, (Studio Romanò); three dedicated to managerial training, with the consultant Federico Coppola (Business Channel). “Given the success of ACIS Academy 2019, we are already working on 2020 edition, which will be even more rich in content and ideas”, explained Cavicchioli.