Flexo Best Practice Toolbox was launched in early 2019 in English and digital version, then was translated into Dutch and Italian and, at the behest of ATIF, the paper version has also been available in Italian since late February. We talk about it with Sante Conselvan, president of FTA Europe and Monica Scorzino, ATIF Director 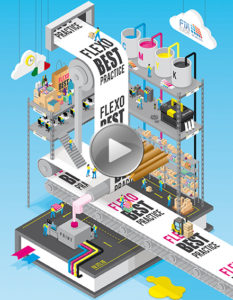 The first hard copies of the Flexo Best Practice Toolbox in Italian were printed right at the beginning of the lockdown and on the eve of some important events, during which they would have been distributed to the participants as a precious present to the companies that had purchased copies to distribute to their own customers.
“In the paper version, which can be ordered from companies that request it, it is possible, starting from a minimum quantity, to customize each single copy with the company logo. The aim is to allow companies that organize conferences and events to give to their participating customers a personalized copy of the guide to flexographic printing. Unfortunately, coronavirus has slowed down some of the projects in progress and, since conferences already organized have been suspended, the diffusion of the hard copies is currently suspended, even if we are collecting the adhesions and the numbers that we see confirm us that the decision to print hard copies was the right one”, comments Sante Conselvan, underlining how in Italy, by culture, the paper medium is still preferred, perhaps also because it facilitates those relationships and that contact that we Italians like so much.

What is the Flexo Practice Toolbox and which is this booklet for? 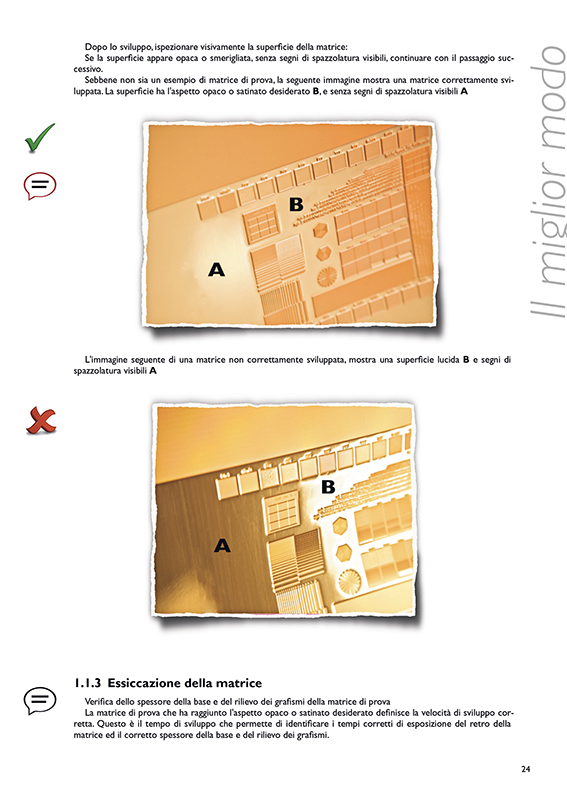 Born in a completely digital version, currently only available on the Apple Store and therefore for IOS devices, the Flexo Practice Tool Box is a technical tool resulting from the work of FTA Europe and national flexographic printing associations such as ATIF. It was conceived to support flexo operators in achieving high quality, environmentally friendly and safe printing results.
But the booklet wants to be a complete and easy-to-read set of information to guide users through activities aimed at obtaining predictable results with a flexographic printing system. This publication refers to existing publications and standards that describe the characteristics of flexographic process, specifications and tolerances and provides the user with practical methods for obtaining the desired results.
It is a tool intended for expert users and does not replace the need for adequate training and knowledge of flexographic process: its purpose is to help improve production strategy and priorities and to assist in supervision projects, troubleshooting and improvement of the production process. A programmable and repeatable system has a better economic return. That’s why organizing a production system in an optimal, efficient and effective way produces a better qualitative and economic result. 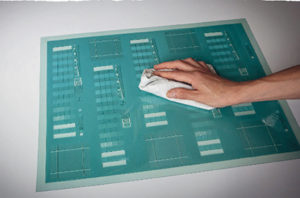 A system is under control when we are able to know its dependencies, relationships and results. For this it is necessary to calibrate our flexo printing system in order to determine the result. Divided into chapters, the manual deals in the first part with prepress, anilox, inks, plates, double-sided tapes and assembly of matrices, printing substrates, while the second part is dedicated to operations on the printing press and a glossary of technical terminologies.

Paper for widespread use, digital for further study: this is the reason for both versions
Obviously the paper version is accompanied by numerous images, which in the digital copy become clear and explanatory videos of the processes described.
“This paper publication is primarily aimed at all users who do not have Apple devices. It can also be considered as a basis for consultation within printing companies but also suppliers of materials and technologies, both at managerial level but also and especially among machine operators, given the technical arguments. However, we would like that this booklet becomes more and more a teaching tool in graphic schools too”, adds Sante Conselvan, convinced that thanks to the hard copies it will be easier to divulge this precious work, which can be a support and launch for the digital version.
A

TIF is currently the only association that, with the approval of FTA Europe, has decided to offer the paper copy to the market, which is not and can never be the exact reproduction of the digital one. This will remain the richest and most updated tool of contents, with explanatory videos of the various phases described in the manual. Only time will tell if the plan to print hard copies was the winning choice made by ATIF, or, as preferred by the associations of the other countries that refer to FTA Europe, only digital version will predominate.
“The paper version is in fact an extract, which can be used for a first consultation, but which will always refer to the digital version on which you can deepen the technical issues, enhancing the synergies between digital-paper, this is why neither of the two media can never supplant the other. In the second half of 2021,

also considering the innovations that will be presented at fairs that have been postponed to next year, is foreseen a first update of the digital version”, concludes Monica Scorzino. Digital version and paper version are offered at different prices, both to Atif members, who obviously will benefit from favorable conditions for the purchase, and to companies not registered as members of the Association.