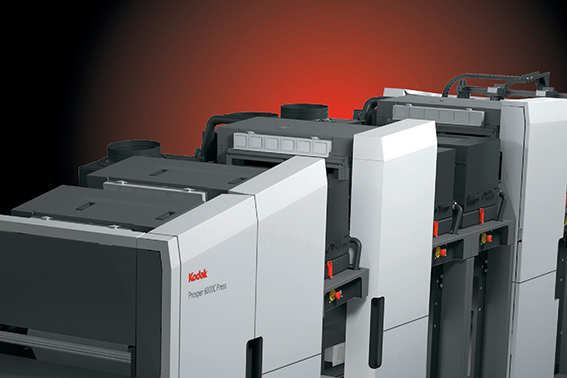 What if you could… achieve wider color gamut, offer a broader range of substrates for inkjet printing, and have state-of-the art ink development which is environmentally friendly using water-based inks… all delivered at a reasonable cost?
You can, with aqueous nano-particulate inks and dispersions from Kodak. A pioneer in inkjet technology, Kodak brings years of experience and market-proven expertise to the development and commercialization of nano-particulate inks and dispersions. Kodak formulates, develops and manufactures high-performance inks and dispersions that are ideal across a wide range of processes and applications.
The cutting-edge materials science inside the Kodak PROSPER Press pigmented inkjet inks is just the latest example of over 100 years of researching, inventing, engineering, and manufacturing of imaging materials.  Three key interrelated core competencies have been leveraged to produce the world’s most advanced pigment inkjet inks that have been fine tuned for the Kodak PROSPER presses: (a) micromedia milling materials and process engineering, (b) imaging colorant chemistry, and (c) pigment dispersant chemistry.  Kodak has brought these technological innovations together to produce the Kodak PROSPER Press pigment inkjet ink set.

In the early 1990’s, when color pigment inkjet inks were first becoming available in the marketplace, they were notoriously problematic for issues such as nozzle clogging, kogation, poor color gamut, and differential gloss.  The existing conventional milling technologies, pigment grades, and dispersant technologies were simply inadequate to produce small enough and stable enough pigment dispersions.  Fortunately, at Kodak, comminution technologies capable of producing very narrow, sub-100-nm dispersions had already been invented and commercialized for different applications.  This milling process, often referred to as “micromedia milling” uses a proprietary polymeric milling media and a proprietary milling process to efficiently grind most pigments to median particle sizes of well under 100 nm.

Producing such ultrafine particle dispersions is one thing but producing them with pigments selected for optimum imaging performance and producing pigment dispersions with extremely high stability toward particle growth or settling, is quite another.  Kodak’s rich heritage in producing ultra stable colloids and dispersions for both silver halide imaging and liquid electrophotographic printing, combined with vast knowledge of imaging colorants, both dyes and pigments, resulted in commercializing the first set of reliable, high image quality, and high image stability pigment inks for wide format commercial inkjet applications in the late 1990s.  The pigments were carefully selected to (a) maximize color gamut, (b) maximize dispersion stability, and (c) maximize fade resistance.  The choice of dispersant is critical to both particle comminution and particle stabilization.  Suffice it to say that commercially available dispersants are inadequate for these purposes.  Kodak screened thousands of commercial and proprietary dispersants, both molecular and polymeric, and in the process, we have found only a few classes of materials that are up to the task.

When comparisons are made with Kodak and other competitive or offset ink sets, several key points are clear.  Kodak’s nanoparticulate pigment inks demonstrate proven quality, flexibility and scalability. 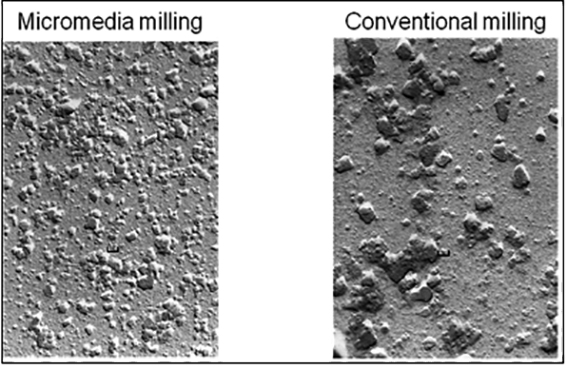